When shooting CT on the initial examination, you can often hear many doubts:

Does we take x-ray film for malicious consumption?

Is the radiation harmful to the body?

What's the points that we need to pay attention to when take x-ray film?

Q1: Why do we need to take dental x-ray film?

Going to dentist without X-Ray film=Driving without license.

Our roots are buried in the alveolar bone and periodontal ligament. Just like the roots are rooted in the soil, they are invisible to the naked eyes.

Comprehensive analysis of X-ray films can improve the accuracy and success rate of doctors in the diagnosis and treatment of teeth.

Therefore, Except a little enamel on the outer layer, we can’t recognize it by the naked eyes once there is a problem in the tooth.

In order to fully know about your teeth and make accurate judgments, it’s still necessary to take x-ray film of teeth.

If you are still confused, let's look at a few couples of pictures.

For example, a slight tooth decay can’t be seen with the naked eyes, but it can be easily found by an x-ray film.

The teeth in the red circle have initial cavities and the crown has black shadows.

The teeth in the blue circle have no cavities and you can see the complete crown.

Therefore, because of the timely x-ray film, dentist made correct and accurate judgment and treated in advance in the early stage of tooth decay, to avoid more serious consequences.

For example: as shown below, Maybe you go to the dentist just because of your decayed teeth, you think it’s enough for you to make up the teeth, X-Ray film is unnecessary. But you will find there are other problems that you can’t unascertainable by eyes in your mouth except decayed teeth through x-ray film.

For example, the "hidden" multiple teeth, if we ignore it without x-ray film, it must will lead to disordered teeth, even more serious consequences!

Q2: Is it harmful to take x-ray film?

What is the concept of 2 Sieverts? To help everyone understand more easily, we use the number of bananas per unit area to express the intensity of the radiation.

So what is the radiation dose of a regular dental X-ray?

The radiation dose of a apical x-ray film (small x-ray film) equals to eating 10 bananas at a time.

Leave your mail address get our lastest info 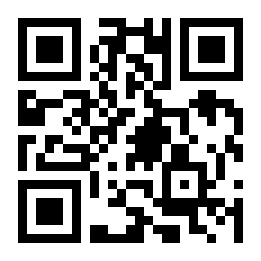